Due to a technical issue, mail from the Board is currently going out on a delayed schedule. We will update once resolved.

About the Board Biographies of Executives 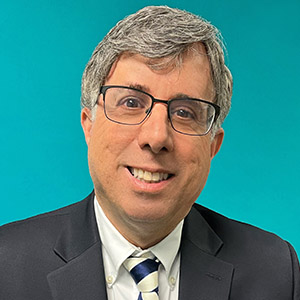 Steven Scotti is the Executive Director of the Workers' Compensation Board.

Steven joined the Board in 2022, bringing many years of relevant industry, government and leadership experience to the role. Most recently, he served as Acting Deputy General Counsel for the Workers' Compensation Division of the MTA - New York City Transit Authority.

He has been a practicing attorney for over 30 years, beginning in the public sector at the U.S. Department of Labor, followed by 15 years with the NYC Law Department, where he served as Chief of the Workers' Compensation Division for seven years. He joined Con Edison in 2002, where he was responsible for building a workers' compensation practice in its Law Department, and from 2013 to 2018, served as Associate General Counsel for Labor, Employment and Benefits.

Steven has a BA in Political Science from Stony Brook University, and a JD with honors from New York Law School. He served on two Governor's workers' compensation task forces (Rocket Docket Committee and Task Force on Group Self-Insurance) and on the FBI Task Force on fraud. He was a member of the Executive Committee of the Special Funds Conservation Committee. He is a former Chair of the New York Self-Insurers Association and served for many years as its Special Counsel. He is a former President of the New York Claim Association and recipient of its annual award for excellence. He also received the Workers' Compensation Board Chairman's Award for Excellence in 2001. 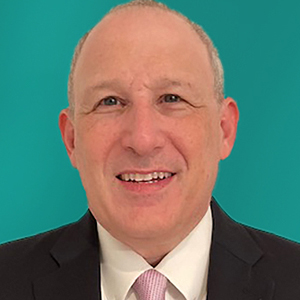 Marc Grodsky is the Downstate Regional Supervising Law Judge in the Adjudication Division at the Workers' Compensation Board. He works with his Upstate counterpart, Sharon Schanz, to ensure that the Workers' Compensation Law and the Board's policies and procedures are uniformly and correctly applied throughout the state by the Board's Judges, and that stakeholders are treated in a fair and unbiased manner in the hearing process.

Judge Grodsky has been with the Board for more than 12 years, with experience as Judge in the Manhattan District and then as the Senior Judge in the Brooklyn, White Plains and Queens Districts. He previously worked in private practice for over 15 years representing claimants as well as defending insurance carriers and self-insured employers. He received his undergraduate degree from the University of North Carolina-Chapel Hill and his law degree from the Benjamin N. Cardozo School of Law.

Deena Jones is the Director of Claims Operations at the Workers' Compensation Board where she provides strategic direction and leadership in the management of workers' compensation, disability benefits, Paid Family Leave and discrimination claims. Deena first joined the Board in 2006 as a consultant and held several leadership positions in the areas of quality improvement, project management and business analysis before being named to her current position in 2018. She has worked on a wide range of legislative and Governor initiatives, including the implementation of Paid Family Leave.

Prior to joining the Board, Deena spent nine years in the healthcare insurance industry and last worked for Kaiser Permanente, one of the nation's largest not-for-profit health plans. Deena holds an MPA from Marist College, a BA in Communication from SUNY Plattsburgh, and a Certified Business Analysis Professional (CBAP) designation through the International Institute of Business Analysis. 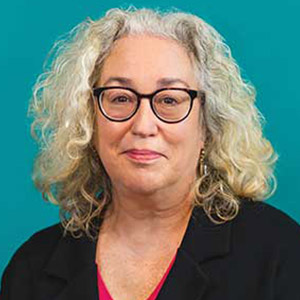 Heather has worked for the Board for more than 20 years, initially in the Administrative Review Division assisting the Commissioners in writing Memoranda of Decision on appealed workers' compensation claims, then transitioning to various roles within the Board's Office of General Counsel, including Associate Attorney, Legislative Counsel, and Deputy General Counsel. During her tenure, she has played a lead role in writing and implementing critical legislation, including the Paid Family Leave Law, Expanded Provider Law, Farm Laborers Fair Labor Practices Act, as well as numerous regulations to improve and modernize the workers' compensation system and ensure continuity throughout the COVID-19 pandemic. 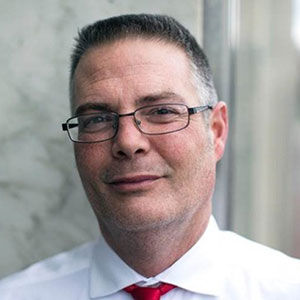 Michael Papa is the Deputy Counsel for Compliance and Litigation at the Board. As the head of the Board's compliance efforts, Mike works to ensure that the State's roughly 500,000 employers maintain workers' compensation, disability benefits and Paid Family Leave coverage. Concomitantly, Mike ensures that the State's approximately 1,300 payers of workers' compensation benefits comply with the Workers' Compensation Law regarding the delivery of benefits to the State's injured workers. Mike also spearheads the defense of all manner of challenges to Board determinations and engages in collection efforts against entities that owe the Board funds.

Mike has been with the Board for over two decades, initially in the Administrative Review Division assisting the Commissioners in writing Memoranda of Decision on appealed workers' compensation claims, then transitioning to various roles within the Board's Office of General Counsel. Prior to joining the Board, Mike served as an Administrative Law Judge for the NYS Department of Labor's Unemployment Insurance Division. 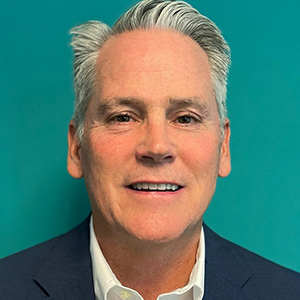 Timothy Purcell is the Board's Chief Innovation Officer and Program Director for the Board's enterprise-wide Business Process Reengineering (BPR) and System Modernization programs. As director of the BPR and System Modernization program, Tim is focused on leveraging innovative, citizen-facing digital government solutions to enable true business transformation both within the Board and across the Board's expansive external stakeholder community. Tim recently directed the Board's successful implementation of OnBoard: Limited Release. Tim also led the Board's award-winning Virtual Hearings initiative and oversaw the development of eClaims EDI, which leverages the International Association of Industrial Accident Boards and Commissions (IAIABC) Claims EDI R3.1 standard. 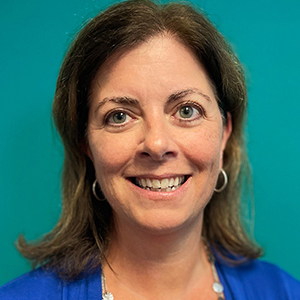 Sharon Schanz is the Upstate Regional Supervising Law Judge in the Adjudication Division at the Workers' Compensation Board. She works with her Downstate counterpart, Marc Grodsky, to ensure that the Workers' Compensation Law and the Board's policies and procedures are uniformly and correctly applied throughout the state by the Board's Judges, and that stakeholders are treated in a fair and unbiased manner in the hearing process.

Judge Schanz has been with the Board for over 20 years, with experience in the Administrative Review Division, Office of General Counsel, and 15 years as a Judge and then Senior Judge in the Albany District. She received her undergraduate degree from Dartmouth College and her law degree from Georgetown University. 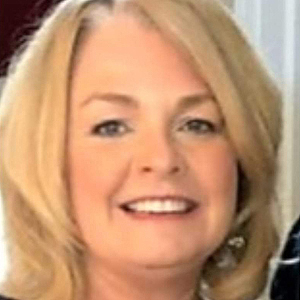 Melissa Stefanko is the Director of Financial Administration at the Workers' Compensation Board. Melissa's areas of oversight at the Board include the Finance Office, which is responsible for managing the Board's fiscal accounts, the agency's operating budget, special funds assessments and payments, and the self-insurance program, and Human Resources Management.

After earning a BA from SUNY Potsdam, Melissa began her New York State career with positions at the NYS Assembly and the Division of Budget (DOB). After tenures at DOB and Information Technology Services, where she had the opportunity to work on diverse public policy and financial issues, she joined the Board in 2003 and became the Director of Financial Administration in 2021. 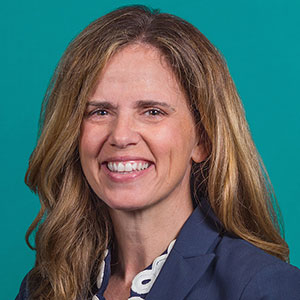 Missy Stewart is the Director of Public Information at the Workers' Compensation Board. As the head of the communications team, Missy works to promote the Board's efforts to protect the rights of NYS workers and employers and raise awareness of the critical benefit programs administered by the Board.

Prior to joining the Workers' Compensation Board, Missy was the Senior Director of Internal Communications for Reuters News, the world's largest multimedia news provider. Before that, she led internal communications for several organizations within Thomson Reuters. Missy holds a BA from the Ithaca College Roy H. Park School of Communications, where she majored in Advertising and Public Relations. 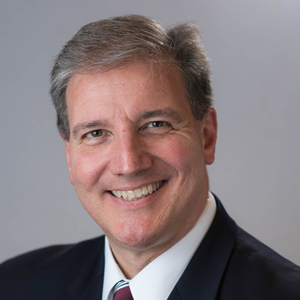 James A. Tacci, MD, JD, MPH (FACOEM, FACPM), is the Medical Director of the NYS Workers' Compensation Board. His focus is ensuring timely, appropriate and high-quality care for injured workers, to optimize their clinical and functional outcomes.

Prior to joining the Board, Dr. Tacci was a medical director and residency program director at the University of Rochester, where he still holds part-time clinical (non-workers' compensation) and teaching appointments. Previously, he directed occupational medicine programs or served as a senior medical consultant in such industries as healthcare, technology, automotive, defense, medical devices and pharmaceuticals. He also worked extensively with municipalities, school districts, utilities, and local police and fire departments. Dr. Tacci earned his BS in Biology from Cornell University, MD (with distinction) from the University of Rochester, MPH from SUNY Albany, and JD (magna cum laude) from Syracuse University. He completed residencies in General Preventive Medicine & Public Health (NYS Department of Health and Occupational Medicine (Harvard).